Oman has many historic Caves in various part of the country. Caving is one of Oman’s best tourist attractions. Oman is fortunate to have huge passages like highways and even the least experienced cavers can enjoy this underground playground. Once you go through the ceiling of one of the chambers its only then that the sheer size and beauty of the place unfolds to you. Great shafts of light stream down to illuminate the wondrous sight. One of the key caves in Oman is Hoti Cave, east of Al Hamra is easily accessible for beginners & novice speleologists, the cave contains an underwater lake, where a rare species of pale blind fish [Garra Barreimiae] have been found. Kitam Cave, near Ibri contains rare and very beautiful gypsum flowers and hairs, these are delicate fibrous crystals formed by rainwater which a draft of air can move them. Caves in Oman are given a set of grades, which apply to the normal route to reach the deepest point of the cave.

The first grade represents easy to traverse caves while moderate caves are denoted as second grade. Omani Caves which has at least some slight hazard are graded as three. Grade four represents caves which pose some hazard or have large underground pitches. The highest grade (five) are taken by those which have difficult sections or large & wet underground pitches. Other interesting caves in Oman are the Jebel Akhdar massif, Kahf Hoti (the longest known cave in Oman that stretches upto five kilometers), several caves in Jebel Bani Jabir, the most impressive being the three deep shafts which enter the chambers of Majlis Al Jinn – one of the largest underground chambers ever discovered.

Oman offers some of the most hair-raising cave exploration in the world and should only be attempted by experienced and fit cavers, preferably accompanied by someone who has traversed the caves before. Other interesting caves are: ‘Majlis Al-Jinn’ ; the second largest underground chamber in the world. This is an extremely difficult cave to negotiate, and it is important that the expedition is not undertaken lightly and without professional guidance. Hoti Cave is the most attractive and historic among all caves in Oman. 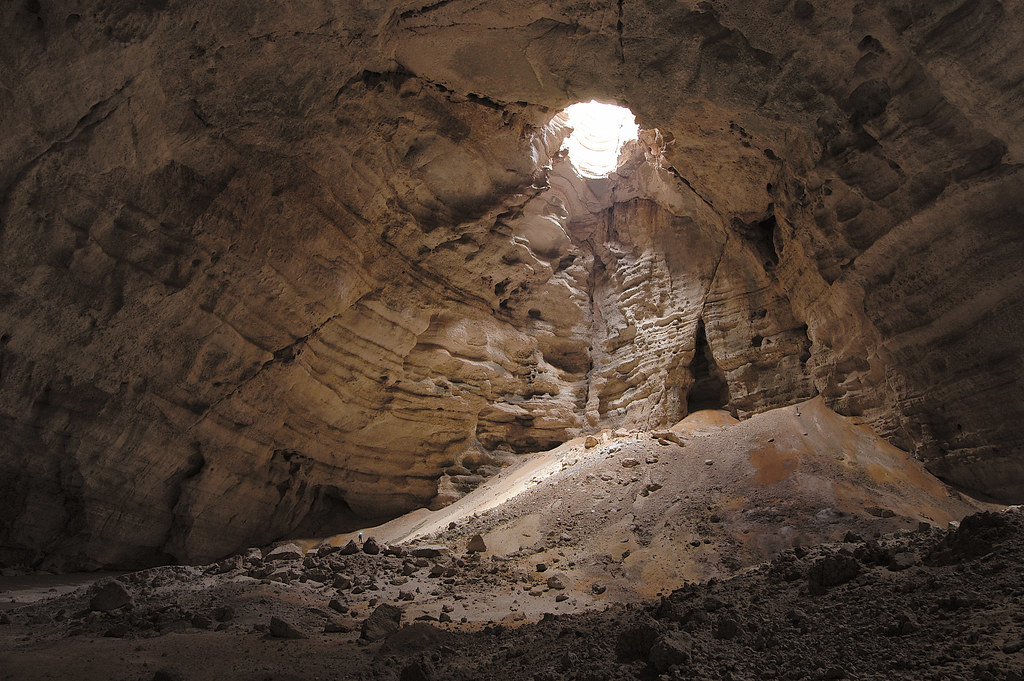