In the middle ages, Rustaq (or Rostaq) was the capital of Oman. However, today it is best known for its large and dramatic fort, which has been extended over the years. Rustaq is located in the Western Hajar Mountains about 170km south-west of Muscat. The fort has been restored and the main watchtower is believed to be of Sassanid origin. It was well placed to withstand long sieges since it has its own water supplies.

Apparently at one time there was a tunnel connecting this fort to the nearby fort in Al Hazm. There is a small souk near the fort, selling a variety of items. Not far from there you’ll find the hot springs that Rustaq is famous for. The water in these springs are believed to have healing powers – it has a high sulphur content, which is supposed to provide relief for sufferers of arthritis and rheumatism.

About 20km north of Rustaq is the village of Al Hazm, which has an interesting fort. It was built in around 1700AD and the original falaj system is still in working order today. There is also an excellent view of the countryside from the watchtower.

Nakhal Fort is a large fort in the Middle East in the Al Batinah Region of the sultanate state of Oman. Nakhal Fort is also one of the most spectacular forts in the world, dramatically located at the edge of the Jebel Akhdar Mountains in northwest Oman. Nearby is a beautiful oasis and hot spring. Its one of Oman tourism. 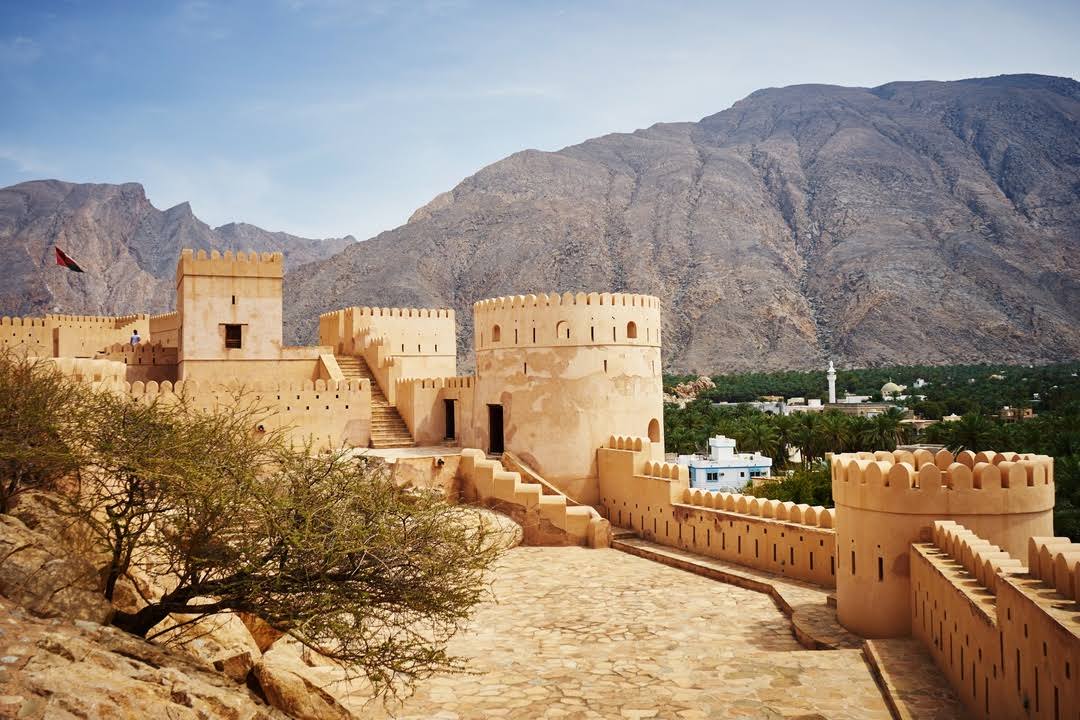