Whales visit the shores of the Sultanate at irregular intervals, particularly in A’Sharqiyah South Governorate and AlWasta Governorate, in addition to Dhofar Governorate.

Despite this, there are plans to implement whale -watching on a small scale in the near future. This will be done with the initial help of scientists and students who will count, photograph, map and generally gather data on any whales and dolphins that are sighted. Gradually a picture will emerge not only of where the greatest number of whales are, but also of what they are doing and when they are doing it. If, for example, whales are breeding during summer months then to approach them closely at sea may disturb them. This has clear repercussions for the whales and any negative impact on them is deflected directly back to those who are trying to watch them.

Where and When to Watch Dolphins and Whales in Oman? Early mornings and evenings are usually the best times to look for cetaceans, as the sea is often calmer and the light better. They can be found any distance offshore, the majority of sightings so far being close to land. However, small boats rarely venture any distance out to sea and trips further offshore could prove extremely worthwhile. Recently, a pod of sperm whales, numbering over 24 individuals, including young, was sighted in deepwater some distance off Muscat. Fishermen report numerous sightings of what are thought to be false killer whales at a similar distance from land, which, they say, sometimes follow their boats for several hours leaping into the air and riding the bow wave.

Dolphins are easier to find than the bigger whales as they tend to swim in larger groups and surface more frequently. Splashes made by performing dolphins are often the first thing you will see. Some, such as the commonly encountered spinner dolphin, leap over 3 m into the air, before slapping back down onto the water’s surface.

Fleets of fishing boats may also betray the presence of dolphins as fishermen are known to follow the dolphins in search of tuna Similarly, flocking seabirds may be an indication of dolphins or whales feeding nearby. You will certainly notice a large whale jumping out of the water, or breaching, as if in joyful mood. The thunderous splash made as it re-enters the sea cannot only be seen but may also be heard, several kilometres away.

There is no single location at which you are most likely to see cetaceans in Oman. Patient observers anywhere at sea may eventually be rewarded. However, as an initial guide, many are seen in Dhofar and around its offshore islands, which seems to be the area of greatest potential for whale -watching. The waters immediately off Muscat, however, are where the majority of whales have been seen. This is probably more a reflection of the number of whale enthusiasts in the area than the abundance of whales, but the fact remains that here too there are unique opportunities for hours of pleasurable and exciting whale -watching.

Other relatively unexplored areas where whales are to be found – and who is to say how many and of which species – are the seas off the easternmost point of Arabia at the Ra’s al Hadd headland, the rich and intriguing waters around Masirah Island, and the fascinating Musandam region in the extreme north. 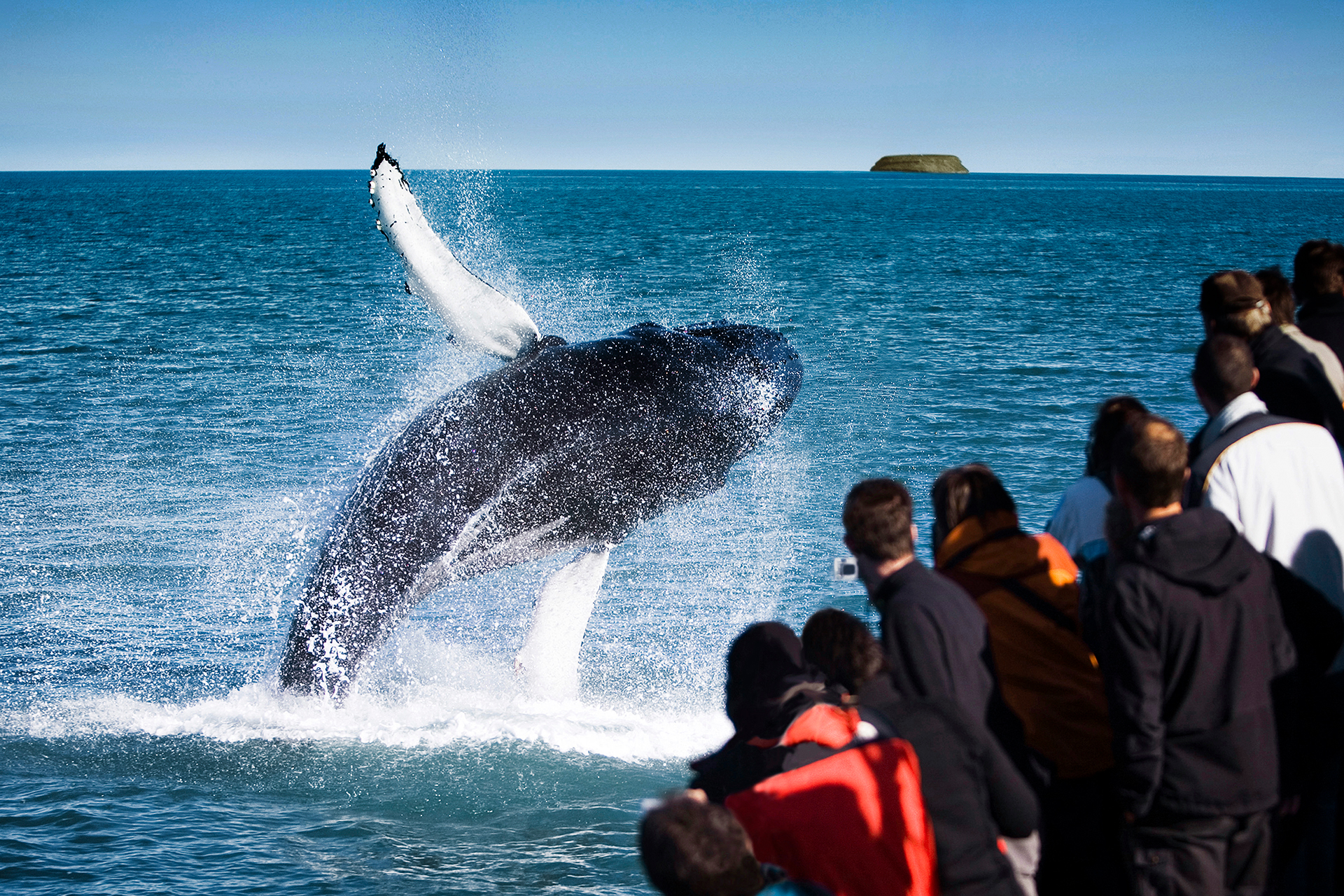